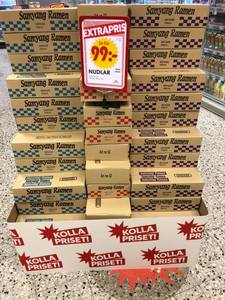 This is a swedish tournamet, if ur not swedish, Adapt yourself <3

All matches played will use the latest version of CS:GO. If the client is not up to date you will not be allowed to join the server and risk getting disqualified from the tournament. Check in: This tournament requires all players to confirm their participation.

You will be able to Check in, 30 minutes before start time through your Active Tournament Screen. Forbidden Actions: The use of in-game changing scripts is strictly prohibited. Players are expected to put forth their best effort in all games. Players may not use the alias jump throw bind. Players are allowed to use the macro jump throw. Pixel walking is not permitted. A player will be considered to be pixel walking if they manipulate their character into sitting or standing on invisible map edges.

Players may not intentionally forfeit a game or conspire to manipulate rankings or brackets. Match fixing is defined as an attempt to arrange or influence, in advance, the outcome of a match, or events within the match, usually for the purpose of making money, often from betting. Participants, directly or indirectly, are not allowed to accept from, or offer to, any person or entity (whether they are participants or otherwise) any bribes/gifts/rewards of any nature in relation to seeking to influence the outcome, result of, conduct of, a match or the competition. Participants are under a strict obligation to immediately report to a tournament official any approach, or any offer of a bribe/gift/ reward made to them, or any other participant, related to seeking to influence the outcome, result, or conduct of a match or the competition.

Any form of cheating and/or ghosting is strictly forbidden and may lead to immediate disqualification and previous matches may also be reviewed. Tournament officials may opt to deduct further points and/ or disqualify the Team from the league entirely. The person may also lose any seeding for future tournaments. The use of the following programs will result in a cheat ban: Multi-hacks, Wallhack, Aimbot, Colored Models, No-Recoil, No-Flash and Sound changes. These are only examples, other programs or methods may be considered cheats as well. Spawnkilling is not cheating.