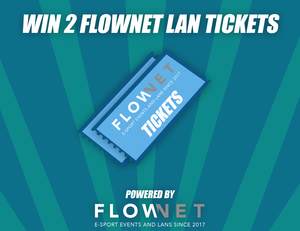 Hello and welcome to our tournament!

You can see our rules bellow. GLHF :-)

* Only players using platforms like PC, PlayStation and Xbox are allowed to join the tournament.

* The games are played in “DUO” mode but in 1 vs 1 format. This means that you will have to compete against your opponent in a duo lobby.

* The games will be played two times and the player that has the most amounts of kills will win and go to the next point in the bracket.

* You have to take a screenshot of the lobby and the kills with both players before and after the game so we can count the kills.

* You are not allowed to destroy the buildings of your opponent so it damages or in any way affects your opponent. If any player beaks this rule, he or she will get disqualified from the tournament.

* The time for walkover is 15 minutes. If you haven´t found your opponent for more than 15 minutes after the beginning time of the games, contact an admin in the discord channel.

* If a players computer crashes before he/she reaches the island but after he/she jumped out of the battlebus the game shall be restarted. The game can only be restarted one (1) time. If something still is not working then the players have to continue the game.

* The players are not allowed to use any form of cheats or take advantage of any glitches. If any player beaks this rule, he or she will get disqualified from the tournament.

* It is strictly prohibited to fake or in any way change the results of the games. If any player beaks this rule, he or she will get disqualified from the tournament.

* The person that is in the driver’s seat in the vehicles on the map is in charge of the vehicle.

* You will have to contact your opponent in our discord before the tournament begins.

* It is allowed to take other players loot.

* Every player have to follow the rules from the admins of the tournament.

* The winning players have to contact the admins with the evidence and results of the game.

* The player that have won the whole tournament have to contact the admins in the discord channel to receive the prize.

* The contact between the players is only allowed in the discord channel of the tournament, linked on the ESEN homepage.

* Any toxicity in communication is strictly prohibited. Toxic behavior will be punished and can lead to a disqualification from the tournament.