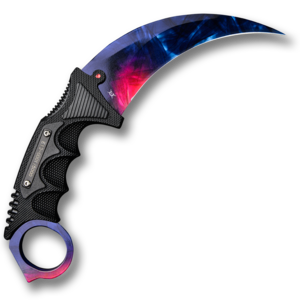 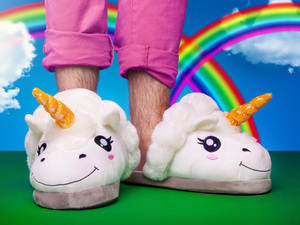 The Shotgun Champions is a new and fun tournament with focus on a different part of the game CS:GO. The ONLY weapons allowed is Dual Berettas or any kind of shotgun. All grenades are allowed. This includes both pistol rounds. The ONLY map in the map pool is cs_office.

OBS! The concept and the prizes may be changed. The tournament will be fully published at the 15 november

Shotgun Champions and it's partners offer a prize pool which is displayed under "prizes".

-Team NO SHOW:
If a checked in team is not showing up, they will get disqualified. This will be done by an admin who evaluates every unique occurance.


Discord will be used to get in contact with other players and admins. Join GANK Gamings discordchannel by clicking on the "Connect" button above.


The team in the top position of the bracket is responsible for a server that the game can be played on. This server must have a decent ping and be playable by all of the players in the match.

-Start side is determined by a knife round.
-The main match is played on a single map in two stages of 15 in-game rounds. For each stage (halftime), the teams play alternatively Terrorists and Counter-Terrorists and score one point by winning one ingame round. The winner of a match is the first team who reaches a total of 16 in-game rounds. The remaining rounds will not be played after a team has won the match.
-If the match ends up in a tie, meaning that both teams have won 15 in-game rounds, overtime will be played with 3 ingame rounds on each side. For the overtime teams do not switch sides at the end of a match. -If the overtime is still a tie 18-18, a second overtime will be played
-If the second overtime is still a tie 21-21, new overtimes will be played until there is a winner.

Game rules
Best of 1 map
Freeze Time - 15 seconds
Round Time - 1 min 55 seconds
Max Rounds - 15 (each side)
Start Money - $800
Side Selection - Knife round
The team with the most alive players at the end of the round picks their side
Overtime Max Rounds - 3 (each side)
Overtime Money - 10,000$
Overtime side selection -  teams first play the side they last played in regulation
Delay of match with more than 15 minutes = automatic forfeit
Flash Bang, Smoke Grenade, and Hand Grenade Bugs - it is illegal to use any flash bang, Ismoke grenade, or hand grenade bugs, regardless of intent.

Map Exploits - Boosts that result in clipping are illegal. Clipping is when a player is either boosted through a solid layer, or when a player manipulates him/herself so that they can see over, under, and/or through any solid entity such as a wall or box.


All kind of scripts are illegal except for buy, toggle and demo scripts.


All players and teams are to uphold the spirit of fair play at all times.


Treat everyone with respect and be sportsmanlike


Players found cheating outside of the Shotgun Champions Tournament may be barraged, depending on the evidence provided to the the admins.


Should it become known to the Shotgun Champions  administrators that any form of cheating was used to the advantage of a player or a team during a match,

Shotgun Champions  reserves the right to punish them to the full extent of the rules available. By breaking any rule a player risks being barred or completely excluded from the Shotgun Champions Tournament. This also includes their team.

The recipient of the prize money and products is the individual person or company/association/non-profit organization that has registered for the specific tournament.


Competition prizes must be claimed from dennis.sanden@gankgaming.se within 30 days after the event.


Prize money and products will be paid/sent within 90 days after being claimed.


All prize money should ideally be paid out 90 days after the tournament. If a team or player is missing the proper payment information and makes no effort to fix this, the prize money will not be paid out until this is rectified.

Substitutes players (Backup players) must be sent in with the team info. A player swap is allowed between matches but not in a ongoing game.
Overtime will be played until a team wins
Only the weapons Dual berettas or any kind of shotgun is allowed
Delaying a match with more than 15 minutes will result in auto Walk Over
Latest 30 days after winning, claim info must be sent!